10 Wonders of The World 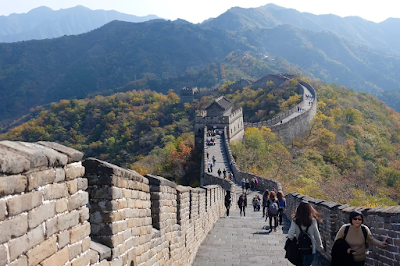 Qataku.com – Here is a list of the 10 Wonders of the World, masterpieces of handcrafted craftsmanship by the people of that era. Today we are amazed at how such a great architecture was built in such a distant era without these miracles, modern technology and machines.

The famous Roman Baths complex is a historically interesting place in Somerset. A well-preserved Roman public bath. This is  a reconstruction of a previously destroyed bathtub. It was destroyed in the 6th century, and over time the baths were rebuilt, with the last expansion done in the late 1800s.

Baths are a major  attraction in the modern world. They receive over one million visitors annually. He was featured in the 2005 television program “Seven Wonders of Nature” as one of the wonders of Western countries. Visitors can see the baths and museums, but cannot get into the water.

This tower was built on 14 August 1173 in the Italian city of Pisa. He is known for his inclination to the right. So far he has been stable and nothing has happened other than the tilt.

It is a circular structure occupying the area east of the Roman Forum. This amphitheater was built to host games and games such as gladiator contests, animal hunting, and naval battle mimic buildings, and the public can also watch it outdoors and cheer for what they love.

Founded by the Mayan civilization in  AD 400, it is located in the north-central part of the northern Yucatan Peninsula, now known as Mexico. Chichen has a 1500-year history  and is  75 miles from Merida.
It is said to have been a major venue for various ceremonies. Previously, it was ruled by priests. Chichen means “at the entrance to the well of Iza”.
Chi means mouth, Chen means well, Itza means Itza tribe. The main belief is that people were thrown from above as sacrifices to please their gods and those who could survive were considered seers.

A masterpiece of architecture, Hagia Sophia is a former Christian patriarchal cathedral (church), later an imperial mosque and now a museum in Istanbul, Turkey. Hagia Sophia is now the second most visited museum in Turkey, with nearly 3.3 million visitors annually.

It was Istanbul’s main mosque from the time of its first transformation until the construction of the nearby Sultan Ahmed Mosque (Istanbul Blue Mosque) in 1616. Hagia Sophia is the Blue Mosque, Shehzade Mosque, Suleymaniye Mosque, Rustem Pasha Mosque, and Kilic Ali Pasha Mosque

Machu Picchu is an ancient city… located in the Colombian Inca Empire, located almost 8,000 feet above  sea level. The site is located on a  ridge above the  Urubamba Valley in Peru. The city is also called “The Lost City of the Inca”. Machu Picchu was built around 1450, at the height of the Inca Empire. It was abandoned more than 100 years later, in 1572 due to the belated conquest of Spain.

Machu Picchu was designated as a UNESCO World Heritage Site in 1983. In 2007, it was voted one of the  Seven Wonders of the World in a global Internet poll. See also; 10 of the world’s most iconic photo spots.

4. The Taj Mahal in Agra

Built by the famous Mughal ruler Shah Jahan in memory of his beloved wife Mumtaz Mahal. The Taj Mahal is considered one of the finest examples of Mughal architecture and is widely regarded as the “pearl of Indian Islamic art”. It is one of the  most famous structures in the world and is a symbol of India’s rich history. The Taj Mahal attracts over 3 million visitors annually. In 2007, it was selected as one of the  10 Wonders of the World.

This is the world’s largest Art Deco statue  and the fifth largest Jesus statue  in the world. A symbol of Christianity around the world, the statue has  become a cultural symbol of  Rio de Janeiro and Brazil and has been listed as one of the  Seven Wonders of the World. The height of the statue is 30 m (98 ft)  excluding the 8 m (26 ft) pedestal. The arms are 28 meters (92 feet) wide. Made of reinforced concrete and soapstone, it was built between 1922 and 1931.

Jorden is an archaeological city  famous for its stone buildings and water supply facilities. Another name for Petra is the  City of Roses because of the color of the carved stone. Founded in 312 BC E. It is the symbol of Jordan as the capital  of the Arab Nabataeans. It is located on the slopes of Mount Jebel al-Madhba, concave between the mountains that form the eastern slope of Arabah (Wadi Araba), a large valley stretching from the Dead Sea to the Gulf of Aqaba.

Petra was included in the 2007 “Seven Wonders of the World” list. It is Jordan’s most visited tourist attraction and one of the “Top 10 Places You Must See Before You Die”.

1. The Great Wall of China

Considered one of the  Seven Wonders of the World, the Great Wall of China was built in the 7th century BC. It is a series of fortresses built to protect the Chinese state and empire from raids and invasions by various nomadic groups of the Eurasian steppe. It is  recognized worldwide as one of the most impressive structures in history. Archaeological studies have shown that the length of the entire wall with all  its branches is 21,196 km.