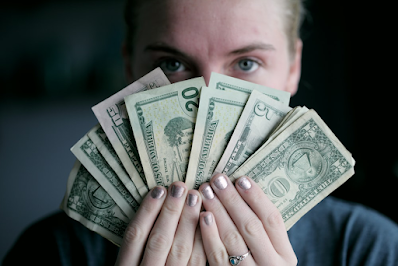 [Qataku.com] 10 Richest People In the World – There are supposedly 2,755 billionaires on the planet as of 2021, with a combined net worth of $13.1 trillion. The top ten wealthiest persons in the world account for $1,153 billion, or nearly 8.8 percent of this total, which is amazing given that they account for approximately 0.36 percent of billionaires. According to the Forbes World’s Billionaires List, the following ten individuals are currently considered the wealthiest at the time of editing this article (October 2021).

Top 10 Richest People In The World :

Elon Musk has been involved in a number of businesses throughout the years. Musk was originally enrolled at Stanford University, but he deferred his enrollment to establish Zip2, one of the first internet navigation systems. A portion of the profits from this venture were then put in the development of X.com, an online payment system that later became PayPal. Despite the fact that both of these technologies were eventually sold to other firms, Musk has retained his position as CEO and chief designer of his third project, Space Exploration Technologies (SpaceX), which intends to make space exploration more affordable.
Musk became a key backer of Tesla Motors (now Tesla) in 2004, which resulted in his being recognized a cofounder retroactively and his current position as CEO of the electric vehicle firm. Tesla develops energy storage devices, automobile accessories, merchandise, and, following the acquisition of SolarCity in 2016, solar power systems in addition to its line of electric automobiles, which includes sedans, sport utility vehicles (SUVs), and the “Cybertruck” announced in 2019.
Tesla’s stock price skyrocketed in 2020, rising 705 percent from the start of the year to mid-December. It became the largest corporation to be added to the S&P 500 that same month.

Jeff Bezos founded Amazon.com in a Seattle garage in 1994, shortly after resigning from the hedge fund behemoth D.E. Shaw. 3 In reality, he had offered the idea of an online bookstore to his previous boss, David E. Shaw, who was uninterested.
Though Amazon.com began as a book retailer, it has since evolved into a one-stop shop for anything under the sun and is perhaps the world’s largest retailer. In any case, it’s difficult to argue with its self-description as the “Earth’s most customer-centric organization.” 5 Some of its unexpected developments, such as acquiring Whole Foods in 2017 and releasing its own branded over-the-counter medications in August 2017, demonstrate its history of continual diversification.
Amazon’s stock price rose in 2020 due to increased demand for online shopping as lockdowns drove consumers to stay at home. 8 Bezos stepped down as CEO of the e-commerce behemoth on July 5, 2021, and assumed his new post as executive chair.

Bernard Arnault, a French national, is the chair and CEO of LVMH, the world’s largest luxury goods company. This company owns some of the world’s most recognizable brands, including Louis Vuitton, Hennessey, Marc Jacobs, Sephora, and many others. The majority of his fortune, however, stems from his huge share in Christian Dior SE, the holding firm that owns 41.25 percent of LVMH. His shares in Christian Dior SE, as well as an extra 6.2 percent in LVMH, are held through Groupe Arnault SE, his family-owned holding company.

Bill Gates started to work alongside his childhood buddy Paul Allen to build new software for the early microcomputers while attending Harvard University in 1975. Following the success of this effort, Gates walked out of Harvard in his junior year and co-founded Microsoft with Allen.
Microsoft, in addition to being the world’s largest software corporation, also manufactures personal computers, publishes books through Microsoft Press, provides email services through its Exchange server, and sells video gaming consoles and associated peripheral devices. Initially serving as Microsoft’s principal software architect, Gates was appointed chair in 2008. In 2004, he was appointed to the board of directors of Berkshire Hathaway. On March 13, 2020, he resigned from both boards.

Larry Ellison traveled to California after dropping out of the University of Chicago in 1966 and worked as a computer programmer for many companies throughout the years. First, he worked for the electronics company Ampex in 1973, where he met future collaborators Ed Oates and Bob Miner. Ellison joined Precision Instruments three years later as vice president of research and development.
Oracle is the world’s second-largest software firm, offering a wide range of cloud computing services as well as other technologies such as Java and Linux, as well as the Oracle Exadata computing platform. The company has also expanded through the acquisitions of several major companies, including human resource management systems provider PeopleSoft in 2005, customer relationship management applications provider Siebel in 2006, enterprise infrastructure software provider BEA Systems in 2008, and hardware-and-software developer Sun Microsystems in 2009.
Over the previous decade, Ellison has spent millions on luxury real estate, primarily in California. Ellison spent approximately $300 million to buy nearly the whole Hawaiian island of Lanai, where he built a hydroponic farm and luxury resort. Over the years, he has also donated millions of dollars to charity causes, most notably medical research. Ellison most recently donated $200 million to the University of Southern California for a new cancer research center in 2016.

Google is one of the world’s top Internet search engines, accounting for more than 70% of global online search inquiries. Google (the firm) grew in 2006 by acquiring YouTube, the largest platform for user-submitted videos. 76 Then, in 2008, the first mobile phone running the Android operating system was released, which was initially developed by Android Inc. previous to Google’s acquisition of the firm in 2005. 77 78 Google is now a component of Alphabet, the holding company Page led from 2015 to 2019.

While attending Harvard University in 2004, Mark Zuckerberg co-founded Facebook with fellow classmates Eduardo Saverin, Dustin Moskovitz, and Chris Hughes. As Facebook became more widely used at other campuses, Zuckerberg dropped out of Harvard to devote his whole attention to his expanding firm. Today, Zuckerberg is the CEO and Chairman of Facebook, which had over 2.8 billion monthly active users as of the first quarter of 2021.
Facebook is the world’s largest social networking service, allowing users to build a personal profile, connect with friends and family, join or form groups, and do a variety of other things. Because the website is free to use, advertising accounts for the majority of the company’s revenue.

What distinguishes Google from the other companies on this list is that its co-founders are reasonably close in terms of overall fortune. Sergey Brin’s involvement with Google is similar to that of Larry Page. Brin and Page co-founded the firm in 1998, and Brin served as co-president until Eric Schmidt took over as CEO in 2001. Similarly, after launching Alphabet in 2015, Brin served as the holding company’s president until 2019, when Sundar Pichai took over as CEO.
Google, in addition to being a well-known search engine, also provides a suite of online tools and services known as Google Workspace, which includes Gmail, Google Drive, Google Calendar, Google Meet, Google Chat, Google Docs, Google Sheets, Google Slides, and others. Google sells a wide range of technological equipment in addition to software, such as Pixel smartphones, Pixelbook PCs and tablets, Nest smart home devices, and the Stadia gaming platform.

Warren Buffett, the most famous living value investor, submitted his first tax return in 1944, at the age of 14, disclosing his earnings from his boyhood paper route. 56 In 1962, he purchased his first shares in Berkshire Hathaway, a textile company, and by 1965, he had become the dominant stakeholder. In 1967, he expanded the company’s operations to include insurance and other ventures. Berkshire Hathaway is now a $500 billion firm, with a single share of stock trading for more than $410,000 in mid-2021.
Buffett, dubbed the “Oracle of Omaha,” amassed the majority of his fortune by investing in companies with simple business procedures. While many investors have piled into tech businesses, Buffett has taken a more conservative approach, only purchasing from well-established companies that are easier to grasp, such as IBM and Apple. He is also a well-known Bitcoin skeptic. Buffett has also purchased a long list of firms outright throughout the years, including Dairy Queen, Duracell, GEICO, and Kraft Heinz.

Dhirubhai Ambani launched Reliance Industries in 1966 as a small textile producer. 89 Mukesh Dhirubhai, Dhirubhai’s son, moved to Palo Alto, California in 1979 to attend Stanford Business School. Mukesh came home a year later at his father’s request to oversee the development of a new polyester factory, at which time he also joined the board of Reliance Industries. Rather from returning to the United States to complete his academic studies, Mukesh stayed in India to lead Reliance’s backward integration strategy. During the 1990s, he led the company’s attempts to build and buy a number of petrochemical plants and petroleum refineries.
Under Mukesh’s leadership, Reliance Industries has built several highly successful companies, notably Reliance Retail and the telecommunications company Jio. He is also a member of the World Economic Forum’s Foundation Board, an elected Foreign Member of the United States National Academy of Engineering, a member of Bank of America’s Global Advisory Council, and a member of The Brookings Institution’s International Advisory Council.