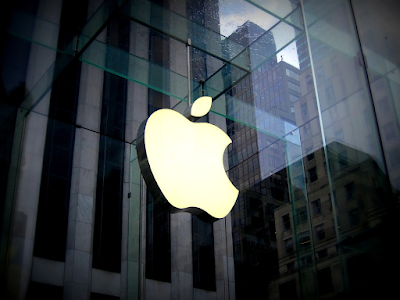 [Qataku.com] 10 Most Valuable Brands in the World 2021 – It should be noted that the brand concept is far more limited than the company concept. A company can have multiple brands, such as Google, which is owned by Alphabet Inc.

We have compiled up-to-date data on the most valuable (richest) global brands as of October 13, 2021 in this article.We recommend that you look through them and compare them to our list of the largest companies by market capitalization.

So, let us begin.

Top 10 Most Valuable Brands in the World :

The modern “apple” logo, which is so famous today, underwent many changes before becoming one of the  most famous in the world.

The company was founded on  April 1, 1976 by Steve Wozniak, Ronald Wayne and Steve Jobs. The trio were initially involved in the assembly of home computers and the production of proprietary PC models. But their biggest success came in recent years, when Apple introduced its line of mobile products to the world: iPhone smartphones and iPad tablets.

Today, Apple’s product range  is very broad and includes smartwatches, computers and laptops, tablets, smartphones, and more. However, the hallmark of the popularity of the “apple” gadget is the high quality, sleek design and  brilliant marketing program of Steve Jobs.

Today the company has thousands of offices, branded stores and service centers worldwide with a staff of nearly 147,000 employees.

Its head office is located in Cupertino, California, USA.

Google is now the second largest brand in the world. As  the most widely used search engine on the Internet, probably all users of the global network know Google. That is why the “Google” brand is one of the most expensive in the global rankings.

Experts estimate its value at $207 billion, making it the second most expensive brand in the world.

The company was founded in 1993 by Sergey Brin and Larry Page. It provides a search service that processes billions of queries per day. Thanks to its powerful search engine, the creators of Google have managed to implement one of the most powerful ad sets on the Internet, which generate the lion’s share of the company’s revenue.

However, it is not the company’s only product. Alphabet Inc. continue to develop new projects. For example, Google currently releases  its own mobile gadgets, builds software (e.g. Android OS) intended to work with them, and owns many popular Internet services such as YouTube, Gmail, Google Maps, Google AdWords, and so on. So, it is fair to say that with such steady growth, Google is one of the biggest brands in the world.

The internationally renowned Microsoft Corporation was founded in 1975 by Bill Gates. At the time, Microsoft was the first software developer to suggest the use of personal computer (PC) software packages that would then make the PC experience easy to use and intuitive. This software – the Windows operating system – is a real breakthrough as it allows ordinary users to easily master PC skills. This system has brought tremendous success and huge profits to the company.

Today Microsoft is also one of the leading companies in the PC software market. It released a new generation of Windows operating system, a set of applications for working with documents called Microsoft Office and many other software programs. In addition, Microsoft manufactures its own mobile devices and accessories, video, audio, and office equipment and is currently in the top 3  most popular brands in the world.

Headquarters is in Redmond, Washington, USA.

Amazon is the fourth richest brand in the world today. Amazon also ranks fifth as the most expensive company by market capitalization.

Amazon is the largest American  retail company that sells and ships a variety of goods over the Internet.

Internet users, suppliers and manufacturers can sell any item themselves using the Amazon website as an online platform. Therefore, the company’s main line of business  is product sales. The popularity of the service has soared thanks to its high quality products, low prices, prompt delivery and  wide variety.

The company was founded in 1994 by Jeff Bezos. Amazon is headquartered in Seattle, Washington.

Overall, the company employs more than 1 million people and has assets of more than $360 billion. Its annual turnover amounts to around $400 billion, making it one of the most successful brands in the world.

Despite its immense popularity, Facebook lost ground in early 2021, but  quickly regained its position and  now closes the top 5  most expensive brands in the world.

Facebook was developed by Mark Zuckerberg in February 2004. The  social network Facebook is currently  visited by more than 2 billion people every day. The  $70 billion value is just an astronomical indicator of the popularity and demand for  Internet projects.

Its headquarters are in Menlo Park, California, USA.

CocaCola is the most famous  carbonated soft drink in the world which generates more than $8 billion in net profit for its company per year.

This famous beverage brand was founded in 1886 and was originally advertised as a “brain tonic”. Today, the company’s product range also includes Fanta, Sprite, Diet Coke, and Schweppes.

Due to its large asset value, high profitability, large staff and high profits, the value of the “CocaCola” brand is estimated at $64 billion.

Its headquarters are located in Atlanta, Georgia, USA.

This brand was created  in 1923 by Walt Disney and his brother Roy Disney. The brand started as a small animation studio and is now one of the biggest in Hollywood.

Samsung is  known worldwide as a manufacturer of consumer electronics.

The company was founded in South Korea in 1938. In 1969 Sanyo merged with Samsung, which formed the Samsung Group and changed the company’s marketing approach and  mission.

In 1980 Samsung’s first model AC appeared on the market. This was the beginning of  successful development in the European and Asian markets for climate equipment.

In 1983, the Samsung company began manufacturing personal computers. The development of the first mobile phone product line  was completed in 1991-1992. And in 1999, Samsung Electronics won the Forbes Global Award in the  consumer electronics manufacturing category.

Currently, the Samsung Group has many lines for various types of products.

The company is headquartered in Suwon, the  capital city of Gyeonggido province, Republic of South Korea.

Louis Vuitton is one of the oldest French fashion houses, specializing in the production of  clothing, shoes and accessories for men, women and children in the luxury segment, as well as jewelry. However, suitcase is the actual trademark of the brand.

In 1895, the company’s designers developed the legendary monogrammed canvas in an effort to create a unique design and protect their brand. The famous image was patented and later became a Louis Vuitton trademark.

Since 1998 Louis Vuitton has published City Guides to the most interesting places on the planet.

The company continues to grow today with more than 350 boutiques worldwide.

This fashion house is based in Paris, France.

McDonald’s is a worldwide fast food restaurant chain  that takes the 10th position in the ranking of the most valuable brands. The  current estimated value of the company is $46 billion, although its capitalization fell 11% in 2015 due to a series of incidents.

The company was founded in 1940 by two brothers, Mac and Dick McDonalds, who opened their first restaurant in San Bernardino, California.