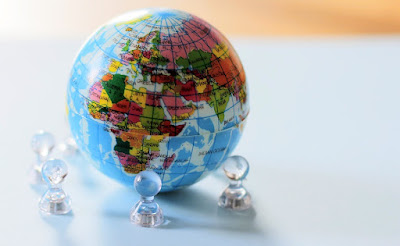 Top 10 Most Populated Countries in the world :

China is the most populous country on Earth. Nearly 1.4 billion people call it home. The country has taken several steps to combat overpopulation, including the so-called one-child policy, instituted in 1979, which made it illegal for the country’s families  to have more than one child. Now, however, Chinese nationals can have up to two children. Since the late 1980s, China’s annual population growth rate has declined significantly. While the growth rate was 1.94% in 1988, in 2020 it was only 0.39%. In fact, if present trends continue, the Chinese population will start to decline by 2035.

India is the second most populous country in the world, with over 1.36 billion people. In fact, it is estimated that by 2027, India could overtake China as the world`s most populous country. India’s annual population growth rate has been steadily declining since the early 1980s. The country’s growth rate in 1982 was 2.35%, but in 2020 it was only 0.99. According to recent estimates, India’s population could peak as early as 2060. Unlike China, India is not taking steps to limit the number of children its residents can have. On the other hand, wealth growth, women’s education and family planning have the benefit of reducing the country’s population growth.

The second most populous country in Latin America is Mexico, with nearly 127.6 million people. The country’s annual population growth was more or less constant during the late 1950s and 1960s, but began to decline in the 1970s. In 1959, the figure was 3.17%, but in 2020 it was reduced to only 1.06%. According to projections, Mexico’s population growth will continue to slow until 2050, although the country will continue to increase its population.