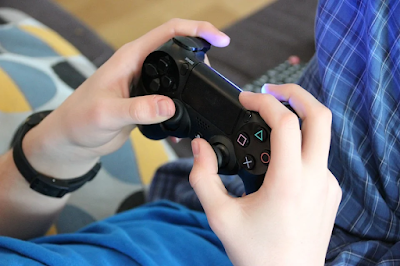 [Qataku,com] 10 Most Popular Games You Should Play In 2021 – If you are wondering what are the best games to play in 2021, this list is for you. The video game industry was expecting to see early titles like Far Cry 6 earlier this year, but the pandemic  delayed the release of several major games.

Nonetheless, we still have to see some new releases in the first half of 2021. So, if you are looking for  new games to play, we have put together a list of the most popular video games of 2021 that you should definitely try out for a change.

This list contains all the popular games  released at the time of writing for various platforms like PS4, PS5, Xbox Series X | S, Xbox One, Switch, and PC. In case you are looking for games on specific platforms, you can go through our other listings mentioned below.

Ratchet And Clank: Rift Apart is a third person shooter game that was released exclusively for PS5 on June 11. This game has gained popularity because of its visuals and combat elements.

Being the sequel to Ratchet & Clank: Into the Nexus, the story begins with Dr. Nefarious  steals the Dimensionator to find a dimension where he always wins. By doing so, he ends up breaking the fabric of space and time. So now Rivet, Clank and Ratchet must reunite to defeat Nefarious.

If you like phenomenal graphics, unique weapons and fighting styles, as well as an interesting story, give this game a try.

Resident Evil Village is arguably one of the most popular survival horror games of 2021. Once again, you get to play Ethan Winters who is looking for his kidnapped daughter. But during this hunt, you end up in a village full of mutant creatures that must be exterminated.

As the sequel to Resident Evil 7: Biohazard, RE: Village does a fantastic job of preserving the elements of the popular survival horror from the Resident Evil series. But it also adopts a more action-oriented gameplay style than its predecessor, making it even more interesting!

Returnal is a sci-fi survival shooter game about an astronaut named Selene who crashes into an alien planet and finds herself trapped in a time loop.

Players must explore the barren landscape of an ancient civilization in the game to escape. But that’s easier said than done because every time Selene is defeated, her journey begins again, bringing the concept of a time loop into the game.

Adding more to this, you will find that the planets change with each cycle, along with the object you want. So each cycle offers variety in gameplay and forces you to push your limits and combat strategy every time.

While Fortnite is not a newly released game, its huge player base speaks volumes about its popularity. Thanks to Epic Games, Fortnite remains one of the most popular video games in 2021 even after four years of release.

The developers have managed to keep the battle royale game entertaining for players through new storylines, characters, quests, rewards, and skins.

So far, Fortnite`s evershifting approach to attract players, via new battle pass content and gimmicks such as collaborations with celebrity figureheads to stay relevant, has worked well.

Valorant Achieved unprecedented Achievements in  beta to release it himself making it one of the popular FPS games of 2021 too.

The game takes place in the Land of the Future, where a group of characters known as the Agents, use their  unique skills for  tactical victory.

If you prefer 5v5 multiplayer shooter games like CS:GO, you should definitely Valorant which offers a unique insight into competitive gameplay.

Call Of Duty: Warzone is another free battle royale game considered a favorite by over 100 million active players. It offers online multiplayer battles between 150 players, which is different from the usual 100 player limit seen in other battle royale titles.

There is a brilliantly executed concept in games like  Gulag, which offers dead players the chance to return to the game if they manage to beat another player in  1v1.

Overall, with its enhanced battle royale mode, excellent shooting and action-packed experience, we can say that Warzone will dominate the game zone, at least in 2021.

You will be surprised to know that Minecraft was released  in 2011. Despite being the oldest game on this list, its popularity has only increased during this decade.

In this sandbox video game, players explore a blocky 3D world to mine raw materials to create objects and build structures in a pixelated world. Depending on the game mode, you can  fight against AI “hordes” or team up or compete with other players in the same world.

The best part is that Minecraft gets regular updates like the latest Cliffs & Caves update, which is enough to keep you immersed in it. So, if you haven’t played this game, you should give it a try  once.

Outriders is a cooperative action RPG set in a post-apocalyptic Earth where constant warfare and climate change have made the planet unsuitable for humans. In a last-ditch attempt to survive in the year 2159, players  work alone or in cooperative groups to eliminate monsters and loot to survive.

While the game  received praise for its gameplay, customization, and graphics, it was also  criticized for its story and characters. However, Outriders has attracted a lot of attention to secure a place among the most popular video games of 2021.

Monster Hunter Rise is the latest installment in Capcom’s Monster Hunter series. This is an RPG  currently available for Nintendo Switch, but a PC version is rumored to be in the works.

The story of MHR takes you to the colorful village of Kamura, where you play as a hunter equipped with armor and weapons to defeat monsters. The game can be played in solo mode, or up to three other players in local or  online co-op mode.

We have another popular survival horror game on the list that made headlines because of the recent  Resident Evil crossover.

Dead By Daylight has been around for  some time now, but  has managed to keep players interested through updates and new DLC. The gameplay of

DBD fills you with adrenaline as one player takes on the role of a killer and  four others play as survivors trying to avoid being captured and sacrificed by the killer.

So if you like uncertainty and tense arcs in horror films, you’re going to love Dead By Daylight.