10 Most Popular Anime All Time 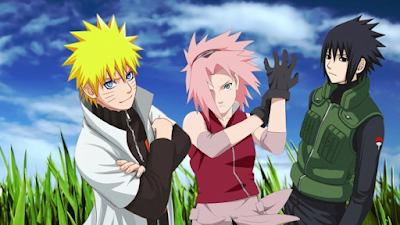 [Qataku.com] Top 10 Most Popular Anime All Time – This is the most popular anime of all time, so don’t miss it! If you are a true anime fan, you probably know it all. I chose these titles based on their iconic status and how much they resonate with anime fans. These rumors are just my personal opinion, but I’m sure most fans will agree with my choice. If you are new to these gripping Japanese cartoons, this is the perfect list for you. Millions of fans  around the world love this anime series. They are frequently reviewed and recommended to others.

Top 10 most popular anime of all time :

If exquisite animation and strong and memorable characters are what you expect from an anime series, then give Sword Art Online! one shot. The animation and soundtrack of this series is really fun. It may not have the best speed and it’s not without its drawbacks, but it’s fun and  will keep you interested.

The story follows a teenager, Kirito, who is trapped in a massive futuristic online game called Sword Art Online. Be one of the lucky fans who  first have access to the game. Enter the game world full of medieval weapons and dangerous monsters. Sounds interesting to gamers, right? However, the boy soon realized that he couldn’t quit the game until he had completed all one hundred levels! Now the game stops being fun and exciting. In reality, it turned into a very dangerous ordeal. If  players die in the virtual world, they die in the real world. Kirito and his allies decide to do whatever it takes to survive. If you liked the anime, check out this list of similar shows.

Fullmetal Alchemist tells the story of two brothers who try to bring their mother back to life. According to the basic laws of alchemy, in order to obtain something, an alchemist must sacrifice something of equal value. So, one of the brothers lost an arm and the other lost his whole body (his soul was bound in armor). Soon the brothers discover the existence of the Philosopher’s Stone, which has the ability to transcend the laws of alchemy. Our hero decides to go on a mission to get the stone. The further they went, the more they realized that they were engaged in a much darker battle than they had imagined.

As you might have  guessed, this series belongs to one of the most popular anime genres, shounen,  aimed at teenage boys. They usually feature a male lead who embarks on a dangerous adventure. In fact, Fullmetal Alchemist has a more intricate and complex history than many other shounen. It also differs from many other sounds of this genre in that it takes place in a fictional world set somewhere in  early 20th century Europe. This action fantasy anime is considered a must for all anime fans and those who are new to the anime world! If you’re still unsure about the  series, check out this review for more information.

If you are looking for comedy, romance, dramatic moments and a great soundtrack, Sailor Moon should be your choice. The romance and comedy here is balanced with some funny moments and it works well! The characters here are very easy to relate to! They are cute, adorable, and recognizable in many ways. The show may sound childish (mainly because of the voices in the dubbed version), but it actually covers a lot of themes like sexuality, violence, and a lot of relationship issues. Many fans of this anime series say it’s best to avoid the English dubbed version. They suggest you to watch it with subtitles because the voice acting is much better in the original Japanese version.

Sailor Moon is about an ordinary teenager whose life is turned upside down after learning of his fate. It is revealed that the girl is destined to become the protector of the planet and protect the planet. From then on, he was referred to as the  Sailor Moon warrior. He must team up with  other Sailor warriors to defend  Earth.

If you are looking for an epic and dramatic anime with a captivating story, look no further. Attack on Titan is one of the most popular anime series filled with epic battle scenes and interesting and meaningful narratives. Full of tragic scenes and sad moments. This show is likely to break your heart  as many characters sacrifice their lives  to protect humanity.

Adapted from the award-winning manga of the same name, Attack on Titan takes us to a world where humanity is on the verge of extinction. Terrible creatures and huge creatures called titans have forced humans to hide behind giant walls. This giant loves human flesh not out of hunger but for pleasure. This makes them even more terrifying. Humans have been hiding behind  walls for 100 years and don’t expect any disturbance. However, their quiet life ended when the titan broke through the outer wall. The story follows Eren Yeager and his two allies as they dedicate their lives to defeating the creature that wields it. If you still have doubts about this series. You should check  this review for other opinions.

Detective Conan has everything to keep you interested. It has funny moments,  love stories, quirky drama and mystery. If you’re looking for a well-thought-out mystery where the solution isn’t so obvious, go for it! The writers certainly put a lot of effort into their work!

The story follows Shinichi Kudou, who has the extraordinary ability to solve even the most difficult cases. This is important considering he is only 17 years old. One night changes his life. It`s the night when the young detective witnesses two suspicious men at an amusement park. They notice him and give him some experimental drug. He survives, but his body has shrunken down to the size of a sevenyearold boy! While hiding his real identity, Shinichi investigates the strange organization that has made a dramatic change to his body.

If you want to see a really unique and interesting story, you should give Death Note a try. This anime is really one of the best and most popular. It keeps the audience in suspense and makes them think. You will be forced to wonder  what you would do if you were in the character’s place.

Imagine being able to kill people just by imagining them in your mind and writing  their names in a special notebook. It`s insane, isn`t it? However, it`s possible for Light Yagami, a high school student who stumbles upon a Death Note. This special notebook has been thrown into the human world by a god of death, who did so just because of his boredom. After discovering such a power in his hands, Light decides to make the world a better place by extinguishing as many criminals as he can. However, police discover the unusual serial killings and wants to catch the culprit with the help of an eccentric young detective.

You will love the level of emotion in this show. There are so many heartbreaking moments that  will make you really worry about the characters or even cry in the river! There are so many reasons to love this wildly popular anime series! First of all, it has character development. Everyone in the series has their own dark past that binds the audience to the story. We can’t deny the fact that even the antagonists in this show are good because everyone has justifiable reasons. There are so many beautiful, smart and fair characters! Another thing that makes Naruto so special is the highly developed jutsu structure; each character is not only filled with power. They have a unique fighting style. This complexity is one of the things that makes this series different from the others.

Naruto is about the adventures of a boy with a living monster inside him. Long ago, a powerful fox named NineTails attacked a village in the Shinobi countries. The  village chief sacrificed his life and sealed the monster within his newborn son, Naruto. Years later, the boy struggles to find his place in this world. One day, the hyperactive Naruto becomes a ninja. Form your own team and carry out various missions requested by the villagers. Because of his character, Naruto found not only good friends, but also some dangerous foes.

Pokemon is considered as one of the most popular anime series. The show is fun and has adventure, action, and morale. Since this event is aimed primarily at children, it teaches them many moral lessons. The travel story never takes place in the city, so you won’t be distracted. Give this cool show a try, especially if you’ve experienced this franchise in other mediums like games or cards.

The story centers on Satoshi, a 10 year old boy who has always dreamed of becoming a Pokemon trainer. His dream was about to come true, but all three rookie Pokemon had been captured. Only one remains, a wayward electric Pokemon named Pikachu. Satoshi and Pikachu embark on a journey to become the best of the best. That`s when the adventures begin!

One Piece is a great anime that you can easily become obsessed with! The show starts off with the Pirate King revealing the existance of One Piece, the treasure that will give its owner an unlimited amount of riches and fame. He reveals that before his execution. The anime follows Monkey D. Luffy, a teenage boy who forms his crew and travels across the Grand Line, battles strong enemies, and experiences different adventures in order to reach the greatest treasure. You will fall in love with  every member of Luffy’s crew. All of these characters are well developed and unique with their distinct and fun personalities. The early part is mostly spent introducing the characters, although you’ll always find some action in this episode. However, once a trained crew reaches their destination, you’ll be plunged into an endless adventure!

Fans of this show recommend watching it in its original Japanese  with subtitles. That way, you can rest assured that episodes aren’t cut, edited, and  characters aren’t given silly rumors. It should be noted that the art style in this anime is completely different from that of its contemporaries. It’s much more cartoonish.

Dragonball follows Son Goku, a  boy who lives in the forest. He has no friends and lives alone until a girl meets him. He’s looking for a set of Dragon Balls, a magical item that is said to grant the wish of anyone who collects all seven. The girl wants to find them all  and make a wish for a good boyfriend. Goku has a dragon ball. However, he had no desire to give it away.

Expect lots of bickering and humor! You shouldn’t expect a good story from a fighting shounen. The fights don’t last very long here, so it’s not boring to watch. In fact, it’s very exciting! I have to admit that the animation and art are not the best here compared to modern anime. However, there is a certain charm to the old art style. Dragonball is a must for anyone who loves anime. Try this great classic!