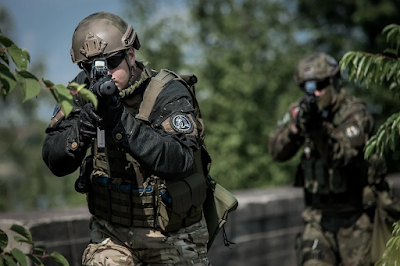 [Qataku.com] 10 Countries by Military Spending 2021– A country’s military is a valuable asset. The military is responsible for enforcing domestic and foreign policies as well as protecting its population. National security is viewed as a government duty, and includes the protection of citizens, the economy, and the institutions of the country. National security is critical, and it necessitates enormous sums to construct and sustain – this is referred to as military spending. The entire global military expenditure in 2020 is expected to be over $1.981 trillion.

Military size varies greatly per country, and is normally proportional to each country’s size and military needs. Unsurprisingly, China, India, and the United States have the largest armed forces. The bulk of the world’s nations have militaries, with only 36 countries lacking one. Many countries require military service. 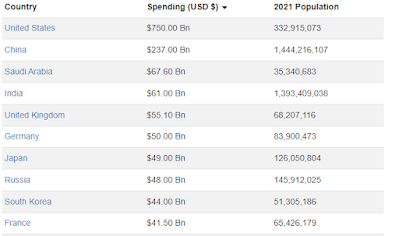 The ten countries with the largest military spending are as follows:

As previously said, the United States spends the most on its military than any other country. Along with Social Security and Medicare, the country’s $778 billion military budget is one of the most expensive federal programs. The United States has the world’s third-largest military, with 1.367 million active-duty personnel and another 1.037 million in the National Guard and reserves. Following the United States comes China, which spent $252 billion, and India, which spent $72.9 billion.