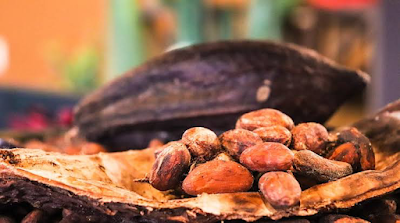 Qataku.com – 10 Cocoa Producing by Countries. The cocoa bean is the seed of the cacao tree, a tropical plant native to the Americas’ equatorial areas but now produced in many nations with warm, tropical climates. The bean may be used to manufacture garden fertilizer and animal feed, but it is best recognized for being a vital ingredient in something that people all over the world enjoy on a daily basis: chocolate.
The chocolate industry is now worth more than $100 billion. As a result, the cultivation of the cocoa bean is critical for chocolate manufacturers. Unfortunately, that cultivation is also the primary source of criticism for the chocolate industry, as millions of children are used as laborers in the cocoa bean harvesting process. The top five cocoa-producing countries in the world are as follows:

Côte d’Ivoire is the world’s largest producer of cocoa beans, with an output of more than 2 million tons. Indeed, the people of Ivory rely on cocoa exports for 40% of their export income, which means that their national economy is highly dependent on cocoa prices. The country is located in the tropical region of West Africa and has a population of more than 26 million, of which about six million are employed in cocoa production. On average, cocoa farmers in Côte d’Ivoire earn 97 cents a day, far below the World Bank poverty line of $1.90 a day.

Côte d’Ivoire’s neighbor to the east, the Republic of Ghana, is the second largest cocoa exporter. The country’s cocoa production accounts for 30% of its export earnings. About 800,000 Ghanaian farmers are directly involved in cocoa cultivation. As in Côte d’Ivoire, child labor is rampant in cocoa production. Another concern is the depletion of forests in Ghana. Between 2010 and 2015, more than 100,000 hectares of forest were cleared to grow cocoa.

Indonesia is one of the top five cocoa producing countries located not in Africa but in Southeast Asia. Cocoa cultivation in Indonesia is a relatively new industry. In fact, the country produced almost no cocoa until the 1980s. In 2009, national cocoa production peaked at 849,875 tons. However, in the 2010s, production fell sharply, to only 400,000 tons in 2015. Producers blamed government policy, aging cocoa trees and high cadmium content in Indonesian cocoa. .

Nigeria, located just east of Ghana and Côte d’Ivoire, is the fourth largest cocoa producing country in the world. Although the country produces more than 300,000 tons of cocoa, Nigerians are still not taking advantage of the crop for a number of reasons. First, many of the cocoa trees in Nigeria are aging, as are the people who grow them. Second, the farming methods used by many farmers in the country are outdated. Finally, the chemicals used in the cultivation of cocoa beans are inappropriate. Nigerians have also not diversified their cocoa use to make products other than chocolate, such as cocoa butter, cocoa powder and cocoa liquor. In fact, it is estimated that if the trends in cocoa production in Nigeria remain unchanged, cultivation in the country will cease within 20 years.

The fifth largest cocoa producer in the world is Nigeria’s eastern neighbor, Cameroon. Today, 37% of arable land in Cameroon is devoted to cocoa. Cocoa cultivation is the main source of income for much of the country’s rural population. However, the sustainability of cocoa farming in the country remains in doubt, as much of the country’s cocoa plantations are old and poorly maintained.

The development of cash crops will continue as long as people continue to enjoy chocolate and other cocoa products. However, many contend that the use of child and forced labor on cocoa farms should not continue. Unfair labor practices in the cocoa industry are being criticized by an increasing number of people. Human rights organizations are pushing consumers to buy fair trade chocolate from firms that do not utilize cocoa produced by child and slave laborers, hence reducing demand for child labor. Nonetheless, it is believed that cocoa growing employs almost two million children in Cote d’Ivoire and Ghana alone.